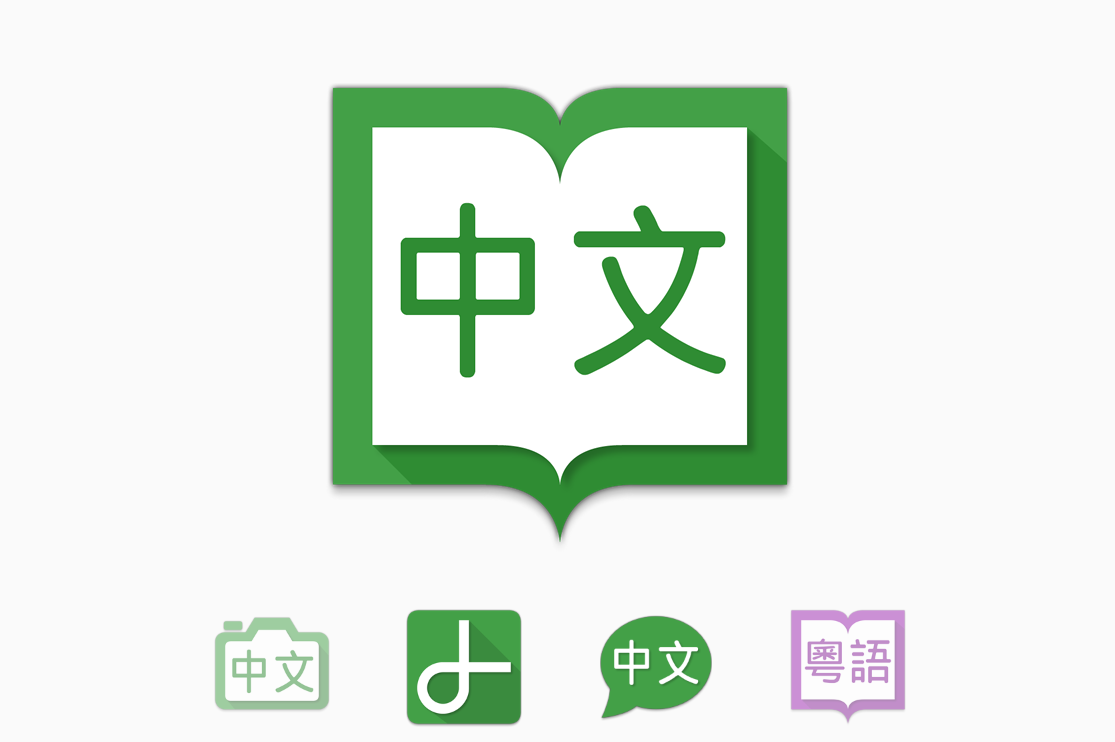 I’ve been using Android on my phone much more recently, which given me some time to check out the collection of Hanping apps, an old staple in the Android phone user’s repertoire. There’s six apps in total:

Let’s take a closer look at what the Hanping apps have to offer! I’ll be focusing on the first three on the list, since I have not used either the Camera or the Cantonese dictionary yet.

I’ve gone over the Hanping Chinese dictionary a little bit before, and most recently in my post on Electronic Dictionaries and Tone Colors. Some features I really love with the dictionary app is the clipboard monitoring, where it watches for any Chinese characters on the clipboard. Any characters that are copied will show in the notifications menu, and tapping on it will bring it up in the dictionary. Of course there’s handwriting recognition, audio pronunciation, and plenty of more features to make this a fantastic go-to dictionary for everyday use.

I did find out a really fun feature that I never noticed before: long pressing on a character will actually give you a stroke animation for that character. It’s such a slick implementation that is done right on the dictionary entry that I kind of love it:

Notice the darker lines where it is outlining the strokes. It’s such a nice feature that I wish I had noticed it earlier.

You really can’t beat the price of the Pro version of the dictionary app, and at only $3 it’s a good deal for everything it offers.

Just before writing this post I came across the free SoundBox app, which is a great way to practice Chinese sounds. The app also offers the ability to use different phonetic systems:

I think what really makes this app stand out to me is that it includes the Tone Sandhi rules, and gives you the chance to practice various tone pairs (something I found myself quite weak in, so it was nice having this to practice with). It also works just fine offline.

Find it on the Google Play Store (and it’s free with an in app purchase for more audio options).

Some more screenshots, including Tone Pairs and Tone Sandhi (click to open full size version in a new tab):

The Popup app is probably one of my favorite add-ons. I just have a ton of fun using it. This tool lets you look up Chinese characters in any app you happen to in–which is great for Chinese <> Chinese dictionaries such as Mengdian:

The popup gives you three options:

It’s a really great and non-disruptive way to focus on what you’re reading while having easy access to the dictionary. You just drag the icon around on the screen and focus it on what characters you want to look up. It also works not only for Mandarin but for Cantonese as well:

Find it here on the Google Play Store.

So I admittedly haven’t spent much time with the camera app, but I wanted to point out some of the features here. As the Play Store description points out, it works best on regular text (so not text like handwriting or fancy fonts), and on clear backgrounds. So good for books and product packages. It also works on images too, which the Popup above didn’t work for (I need to try again with that though as the images I had were rather dark and may have been a factor).

Overall, it seems like a nice addition if you need to look up characters on products, menus, subway maps, etc. while out and about.

This paid app can be found here on the Google Play Store.

There’s also a handy Cantonese dictionary as well, which I have not spent any time with. From the description and screenshots up on Google play, it looks just as helpful and effective as the Chinese dictionary. It offers the same tone coloring system, multiple phonetic systems, handwriting recognition, and many other features that the Hanping Chinese Dictionary has. If I start studying Cantonese, I’ll be starting with this dictionary to get my feet wet. Now if there was a Cantonese SoundBox app, that would be really amazing.

There’s only a paid version available, but if you’re interested in learning Cantonese, it seems like a great place to start. You can find the app on the Google play store.

Hanping is a reasonably priced dictionary app collection for any student with an Android phone or tablet. I find myself using it a lot–it’s lightweight, feature heavy, and has a lot of  options. The dictionary app itself is easy to use and straightforward, which clear and simple menus to get started. The entries are clear an intuitive, and has a lot of great features for the price point.

The other apps in the collection, such as the SoundBox and Popup tool are fantastic, and are really great if you spend a lot of your time working with Chinese on your phone. They also all support both Simplified and Traditional with a unified tone color system to keep things consistent across apps. The selection of phonetic systems is also really helpful, and should fit any student’s needs. The camera app is a nice and fun tool, but some students may not really find much use for it unless they find they have a lot of stuff around them to use the camera to look up (such as out at international markets or in daily life in Hong Kong, China or Taiwan).

The entire system (not including the Cantonese dictionary) will set you back about $36, but at $3 for the pro version of the dictionary, it’s a great investment to get started. One nice thing they offer is a really amazing 30 day full refund policy if you find you aren’t happy with the apps.

Find out more about the apps and updates at the Hanping blog here.

Let me know what you think if you’ve used Hanping in the comments below!