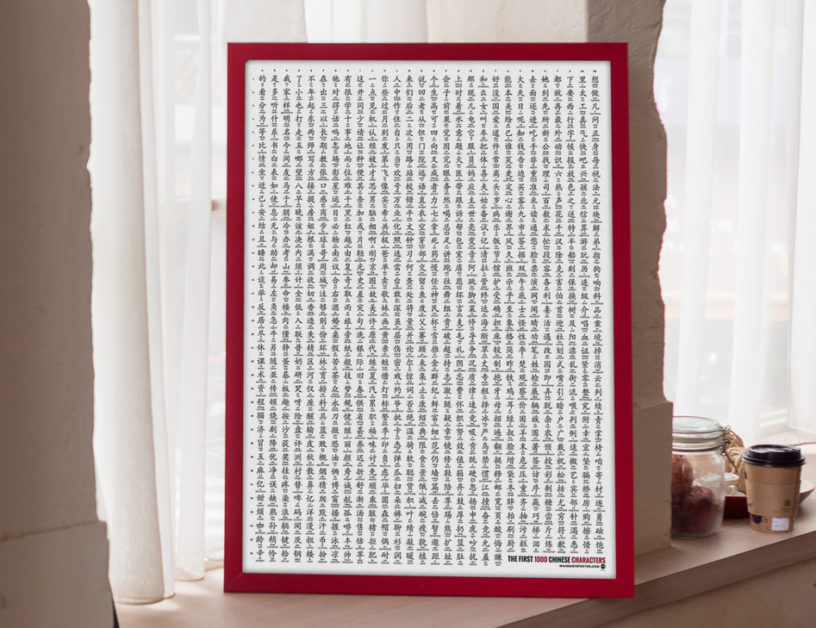 At the core, Mandarin Poster is just what it says it is–a poster for Mandarin. But it had a simple goal: create a study aid for the most basic Chinese characters to help beginners track their progress, while more advanced learners can see how they’re progressing as well as reference back to what they’ve learned before. So it’s a pretty universal tool, with fairly humble beginnings.

There’s more to be seen there, including self-print editions of their posters, typography maps, and a radical scroll (with both Pinyin and Zhuyin).