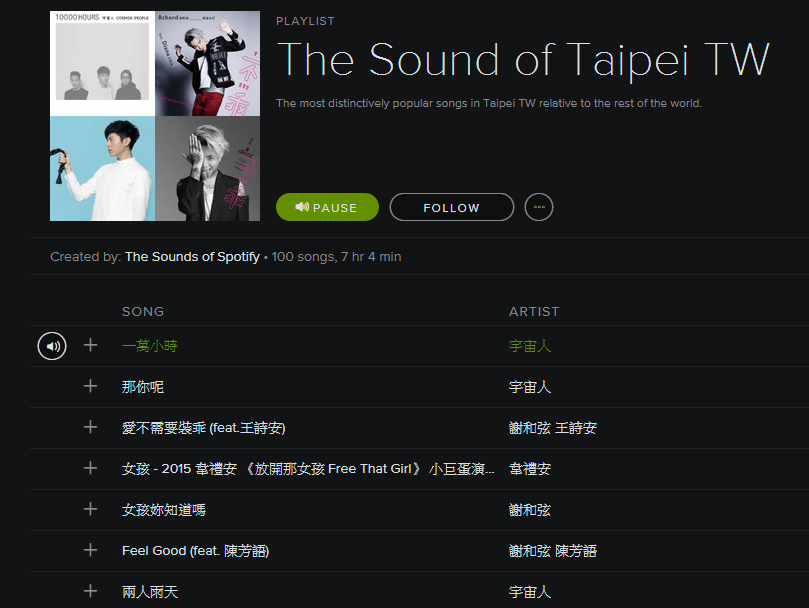 Apple Music. Google Music. Spotify. Who really knows what’s going on in the tech-music industry these days, but for me, Spotify just launched a new feature that is a huge plus for language learners out there. It’s called “Musical Map: Cities of the World” and let’s take a look at how it works!

One nice thing about Spotify is that it has been in Taiwan since 2013, and has since then amassed a pretty decent collection of music, which is great news if you’re interested in listening to Chinese music.

There’s a few “Sound of [City Name]” playlists available for Taiwan, including Taipei, Hsinchu and Kaohsiung:

There’s a few differences in the collections but overall there is a pretty decent selection available, as you can see from that picture above. A lot of it depends on what the listeners int hat particular city/area like to listen to, so you can get some interesting regional varieties from the playlists.

I’ve never paid for a subscription, but this kind of thing would definitely make me consider it.

Of course there’s a ton of other countries that you can listen to, so go out and explore the world!